During International Week this term, the children learned about Germany. Using atlases the children found where this country is in Europe. They found out that the River Rhine is the main river in Germany and that there are lots of castles alongside the river. Some of the children made small and large castles from construction materials. They also painted the German flag. Greetings during register time were made in German and short phrases were learned and used throughout the day. In maths the children learned to count to 10. Below is a picture of body parts labelled in German. 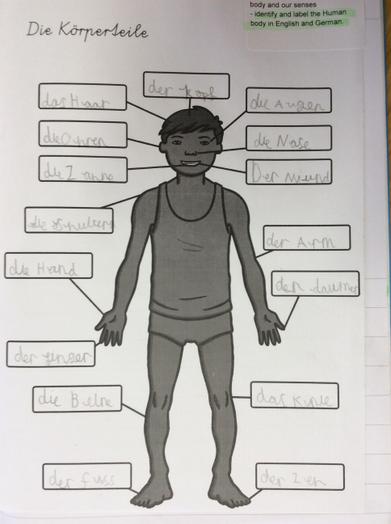